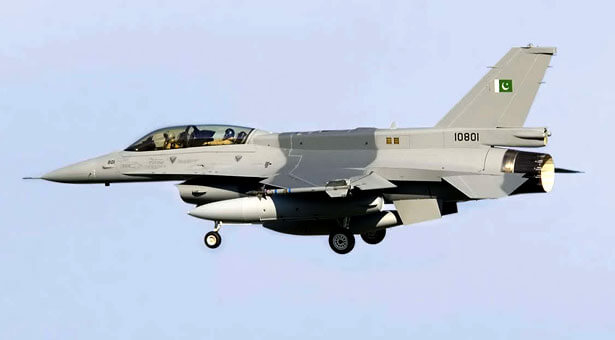 US security agency has recommended.Pakistan approved the sale of eight F-16 aircraft. The F to the US State Department Pakistan worth $ 69 million and 94 million 16 aircraft and other military weapons sales after all that has been said in a statement released by the agency agreement must be certified by the foreign military sales report sent to the US Congress will be. The devices used at night will help self-defense capability, which will help to enhance Pakistan’s counter-terrorism capabilities.Pakistan has said that eight F-16 aircraft, military equipment, training and logistics had expressed interest in buying weapons in the arsenal of the radar; Joint helmet Mao systems; The certificate is also included Foreign would have resulted in additional aircraft to the Pakistan Air Force to increase the number of aircraft, which can help to increase flights when necessary, the training needs you will be able, when it will help in the training of pilots. Congress to act within 30 days, according to the regulations.Gone between Pakistan and the US over 69 million, 90 million dollar contract. It was  Yad Martin core jets have developed including other security equipment, including radar US agency in charge of arms sales to have given his consent to the proposed sale of US lawmakers.The company said the F-16 aircraft Pakistan air force will have the option to fly in all weather conditions and at night, while it will also increase its defense capability of Pakistan.Indian foreign ministry spokesman said in  said that we were disappointed to be issued by the administration regarding the sale of F-16 aircraft to Pakistan, said India. The United States does not agree with the idea to help in the fight against extremism, said the sale of the aircraft record of several years of my own story.He also said India has expressed its displeasure to the US State Department summoned the US ambassador said that Pakistan’s nuclear weapons and the concerns the tension between India and Pakistan, both US negotiations between the desire to alleviate the stress. The US concerns are security of Pakistan’s nuclear weapons, US State Department spokesman Mark Toner said during a press briefing in Washington, often talk about the security of Pakistan’s nuclear weapons, he said that the US Pak-India tension are concerned and we want both countries to negotiate to reduce somewhat the tensions in the region.