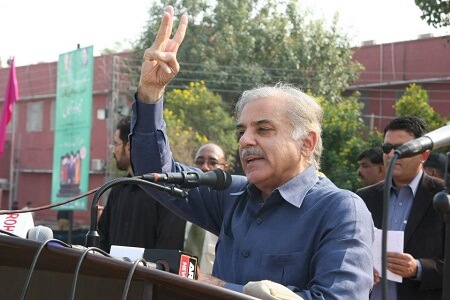 Punjab Chief Minister Mohammad Shahbaz Sharif inaugurated the country’s first model of international standard drug testing laboratory. He visited a model drug testing laboratory after the opening and inspection of parts.I he has put a new system based in the province of Punjab after the inaugural model drug testing laboratory which will advance rapidly. He said the province will receive the new system are bringing the food and the non-standard and counterfeit medicines fake drugs and Agriculture for humans with food adulteration severely with them. He will be eliminated mafia involved in heinous business of fake and substandard drugs play with human lives and their future generations that they will remember.

Minister Mohammad Shahbaz Sharif has international standards of the country’s

The State of the new system, the provincial capital of Lahore art model has been the establishment of drug testing lab. Drug testing lab established the exact lines of the latest international standards for the elimination of sub-standard and counterfeit drugs have been brought into the process and have the latest computerized equipment and machinery in the lab. Lab will be a world-class precise results for the acquisition and analysis of sample medications and drug testing lab purpose of this model is to improve the quality of medicines in Punjab.Drug testing lab was inaugurated.He those working in the lab have been given training in the lab LG London. Were recruited through Punjab Public Service Commission staff and the lab would run together to get trained. Will gradually increase the scope of their labs.Reports are ways to hide the facts, but I get to do my duty as a public servant higher truths. Unfortunately Punjab Institute in 2010-11 were more than a hundred deaths substandard medicine in cardiology whose duty was added to the government but I want to give people the facts.He in addition to LG’s sample sent to the laboratories of medicine in London, France and Genoa while the federal government, the Federal Drug samples party it does not recognize it if given. when London’s LG PC lab report demonstrated that the drugs given to patients in this was no drug testing in the lab, but everything was a fraud and was put dust in the eyes of the people. people involved in the business of counterfeit medicines with instead was to save the business. With fake drugs were found when the valve besides the cases against them.even today they will overcome the obstacles and ultimately fake and substandard drugs mafia, which has been achieved milestones. I said the the facts should come from the heart and I’m talking about today.I congratulate the health authorities and LG officials.The latest model in other districts, the provincial capital, scope of drug testing laboratory figure will spread. He was making fake and substandard drugs and some government departments corrupt elements of the modern drug testing lab that Nexus is a cartel which it did not want. The Drug Testing Laboratory building in Lahore would test the March 1970 and 30 thousand drug samples in which the test 2 thousand drug samples in a while even Britain, he said.I it was forbidden not only earn money through the fraud and black distress, but had to hoodwink. I can not allow it at all. That was the LG’s laboratory during a visit to London and the dream has become a reality. The provincial capital is modern drug testing lab of great service to the province and is much less to be proud of, he said. The he the Punjab provincial capital is established from the latest forensic science lab of South Asia and the leading lab being connected via satellite in 9 divisions of Punjab which cases the evidence sample local will gather at the criminal justice system will substantially improve the system. He said that the previous government had put in his Cabinet members involved in the business of fake pesticides 1997-99ءfood and drink will stop the Notifier blending, counterfeit drugs and substandard pesticides in human anybody will not play with the lives. Chief Minister inspected various sections of the model after the opening of drug testing laboratory and talk to staff. He expressed his joy and satisfaction to introduce modern systems for checking samples of medicines and staff praise. Earlier, Secretary, Primary and Secondary Health Ali Jan Khan gave a briefing about the emergence of drug-testing lab models.Laboratory of the Government Chemist, UK Steve movies (of-the-art model was the establishment of a drug testing lab. The team led by Chief Minister completion of the project with work in the short period of time is astounding.Model of medicine in the lab international standards for testing the samples were kept in mind. Minister of Finance, Dr. Ayesha Ghaus Pasha, Advisor on Health Khawaja Salman Rafiq, Chief Secretary Khizar Hayat Gondal, Inspector General of Police, the Health Secretary, Director General of Punjab Forensic Science Agency, columnists, intellectuals and experts attended the event.